In the summer of 2009, Julia Haart was in a decidedly different social milieu than the one in which we find her in 2021 in the Netflix reality TV show, My Unorthodox Life. Before she lived in a 10,000 square foot penthouse apartment in TriBeCa and served as the CEO for Elite World Group, a global modelling and talent agency, Julia Haart was Mrs. Talia Hendler. At the time, she was living in Atlanta, Georgia, teaching Jewish courses in the Beth Jacob Conference Room at the Atlanta Scholars Kollel for the “Bena Women’s Series.” As indicated on the 2009 class schedule, all classes “are for women only, unless otherwise noted.”1 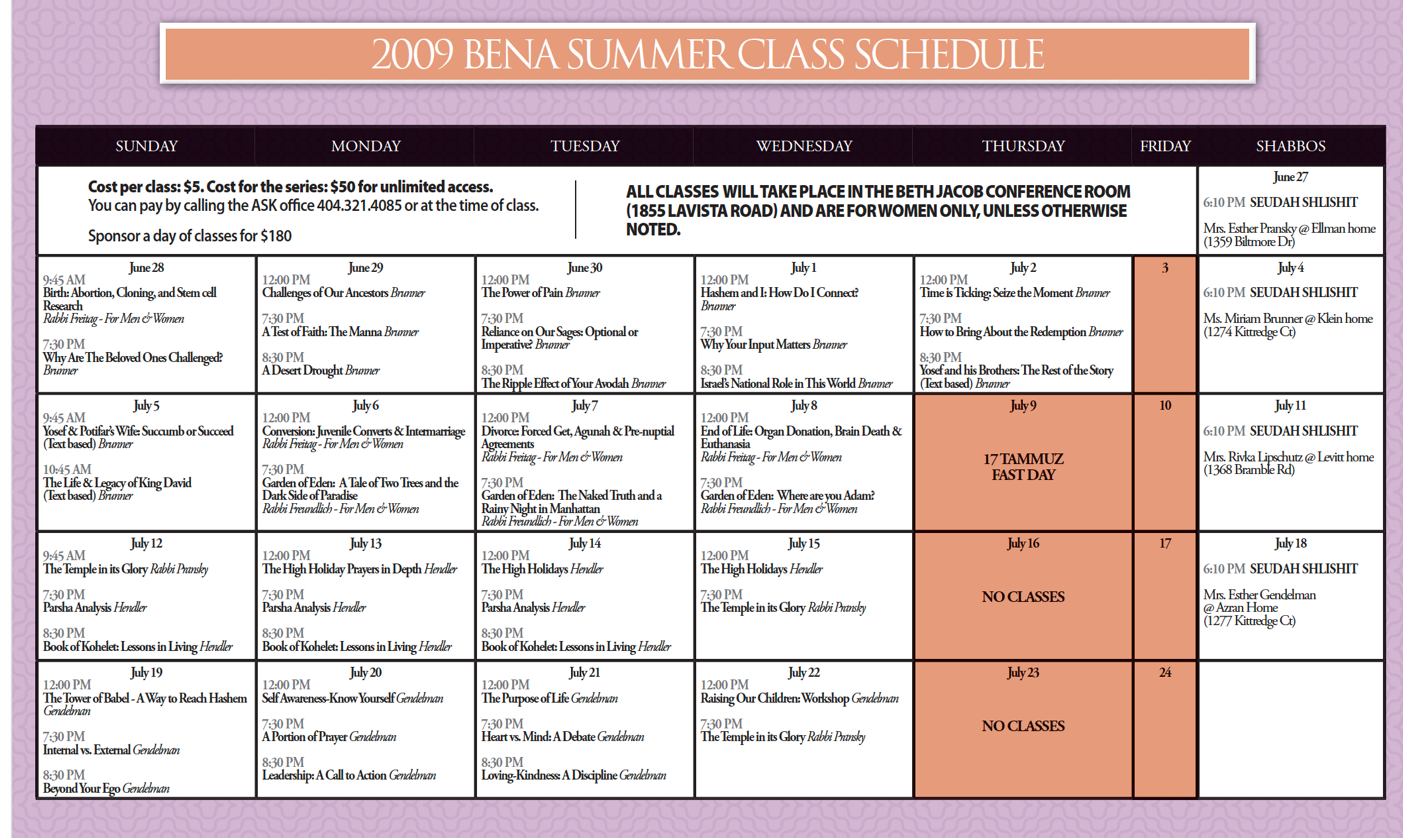 In a short lecture series during that summer, Mrs. Hendler spoke about a rather somber topic, “The Three Weeks and Our Exile,” the period in which Jews commemorate the destruction of the Temple in Jerusalem and the Exile from the Land of Israel.

Mrs. Hendler suddenly shifted gears. She had to first ground her prolegomenon on the metaphysics of exile with a relatable example.

“Everyone likes to go on vacation, right?” she asked rhetorically.

She then turned to her own experience.

My favorite hotel in America is the Ritz in Key-Bescane [a 5-star hotel in Miami]. I mean I feel like I’m the president over there. They remember your name when you walk through the door. They hand you a water bottle and an apple. It’s ridiculous. It’s amazing. And it’s so fun to go. But I’m sorry after 3 days or 5 days or 7 days or whatever…you want to go home. You want to go where it’s your own space. That’s how we’re created—with this innate need to call something our space.

This audio, much like the rest of Haart’s past, cannot be easily accessed. Indeed, when I first tried to access the website of “Torah Media Atlanta,” I received a warning that read more like a post-modern kōan: “A redirector page has been set up without anywhere to redirect to.” Only by hopping in the “Wayback Machine” of the Internet Archive could I retrieve whatever audio fragments still lay intact. My Unorthodox Life does not reveal life before Haart became a fashion mogul. We must rely upon Haart’s self-narration of the events that transpired, while confronting the undoubtedly gendered politics that surround the figure of the “unreliable female narrator.” Yet the trouble in assessing the veracity of Haart’s story points to the inherent instability of the genre itself. All “reality” television curates a particular world for the viewer to experience.

But these fragments afford at least a glimpse of who Julia Haart once was. What is so striking, as the transcribed audio fragment reveals, is not the rupture of Haart’s narrative in My Unorthodox Life, but rather its almost seamless continuity—how easily she could “re-invent” herself as a CEO and fashion designer. What Haart represents is a particular social class of balabotish (Yiddish: “petit-bourgeois”) Orthodox Jews who vacation at the Ritz in Key-Bescane. Those without this pre-existing capital find themselves in a remarkably different position should they exit.

This is not to suggest that Haart is oblivious about her own privilege or callous to the struggles of others who have exited. “Can you elaborate about how you left the community? Most people who leave do not end up where you are,” asked Shira Hanau in an interview with Haart for The Jewish Telegraphic Agency. “Thank you for pointing that out,” Haart responded, “because that is the truth — most people who leave do not have that same experience. And it’s not because they’re not brilliant or hardworking, or they don’t want to, you know, change their life and become part of the outside world, it’s because they’re not equipped to handle it. And that’s the frightening part.” Yet what does it mean to be properly “equipped”? What precisely is this know-how, this savoir-faire? When and where then is it acquired? Can one only access or learn it after one has already exited?

Haart is in good company. All too often, as I have argued elsewhere, is Ultra-Orthodox Jewry imagined as sociologically bounded and hermetically sealed, as if isolated from the “secular” capitalist world in which Haart, quite literally, re-fashioned herself. This framing ironically serves the ideological interests of the very community Haart exited and now disavows. Ultra-Orthodoxy can only define itself against a constitutive outside—that is, it can only constitute and consolidate itself by imagining that a world exists outside of it and in radical opposition to it. Its social reproduction depends upon cultivating midos (character-traits), which defy the empty materialism and individualism associated with Western secularism. Yet My Unorthodox Life reveals just how indistinguishable these social worlds have become (or already were). What should exist only “outside” the world of Ultra-Orthodoxy already resides within it. The particular balaabatish Ultra-Orthodox world from which Talia Hendler “exited” and the world into which Julia Haart “entered” blur into one another precisely because they belong to the same world of white, bourgeois, lean-in, break-the-glass-ceiling feminism.2

I was in New York and there was this charity function and Jerry Seinfeld was the comedian. It was a crazy way how I got in. There were like 150 people. For Jerry Seinfeld, this was like a very small group of people. I remember, in fact, going in and there was actually a red carpet. I mean I don’t really belong on a red carpet [laughs]. So I walked on because it was like the only way to get in. So I walked onto the red carpet.

It doesn’t really mean anything.

There is something eerie that happens when I listen to this recording again, already knowing the trajectory her life will take in the coming twelve years. Does the aspirational hide behind her awkward, self-deprecating laugh?

Sam Shuman is an anthropologist of race, religion, and political economy, who researches global Jewish mobility, trade, and empire. Sam’s dissertation, Cutting Out the Middleman: The Diamond Industry & the Politics of Displacement in a European Port City, explores cooperation and competition between and across diasporic trading groups to hold control over the wholesale diamond trade as the state reasserts its control. In so doing, it reveals not only the struggle over power between trading diasporas, but also between state and diaspora. Sam is certified as a polished diamond grader and has conducted over eighteen months of fieldwork among wholesale diamond traders, brokers, and manufacturers in Antwerp, Ramat Gan, Mumbai, and Surat. Their research has been funded by Fulbright, the National Science Foundation (NSF), and the Social Science Research Council (SSRC). They received their PhD in Sociocultural Anthropology, with a graduate certificate in Judaic Studies, from the University of Michigan in 2021. Their work has appeared in Religions, Images: A Journal of Jewish Art and Visual Culture, and The Jewish Quarterly (UK).

Back: Shira Schwartz, “The Unorthodox Choice”